Clowne is a former mining town in the county of Derbyshire.

Situated in the District of Bolsover, the town lies approximately 9 miles north east of Chesterfield and 7 miles south west of Worksop. Junction 30 of the M1 Motorway is only 2 miles away.

Clowne is a town steeped in a rich history dating back to the ice age when neolithic man settled here.

The first recorded mention of Clowne comes in 1002 when ‘Wulfric Spot’, a Staffordshire Nobleman, took ownership of Clowne Manor which was documented by William the Conqueror in the Domesday Book in 1086.

Clowne has adopted many names over its 1000 year history, however, it all began with ‘Clun’, which is thought to be a Celtic word meaning ‘spring’, relating to the abundance of life-giving natural springs located in and around the town. Clowne has been known through the years as Clune, Clon, Clouen and Clown.

During the Roman period, Clowne was occupied as a fort as the settlement lay just east of an important Roman road that ran south from what is now Yorkshire.

The Parish Church, dedicated to St John the Baptist, was built during the 12th century and along with the ‘cross’ are the oldest surviving structures in the town.

In the 17th century, Clowne was a rural farming community. Some buildings still stand from this date, notably the Anchor Inn and Sheridon’s Yard (now private residences). The plague struck Clowne in 1586 and 1606, and victims were buried away from the town at Monument Field or Plague Field.

Education has always been a very strong part of the town’s heritage. In the 18th Century a gentleman called ‘John Slater’ left money from his estate to help educate the poor children of the village.

This philanthropy continued when in 1734 Charles Basseldine left £6 a year (a lot of money in those days!) to teach 12 of the poorest local children. Over a hundred years later in 1877 villagers of Clowne formed the Clowne School Board which took over the management of the school put in place by Charles Basseldine and extended it creating the Girl’s and Infants School; the remnants of which can still be found in the town centre.

Clowne’s education system continued to grow with the building of a Boy’s School across the fields on Church Street. More latterly the Boughton Lane School (which is now the site of the Heritage Secondary School) and a Mining and Technical Institute were set up in Clowne in the 1930’s. In the 1970’s the old Institute changed its name and image and became the ‘Clowne Technical College’ which at its peak had over 1400 students enrolled on a range of post 16 courses.

By the turn of the 19th Century the population in Clowne was estimated to be around 480 residents and this steady increase of people led to the building of a Catholic Church, to accompany St John the Baptist’s Church. The first Catholic Church was built by the Bowdon family, and was attached to Southgate Lodge. This now stands as Van Dyk Hotel and Restaurant located on an ancient road (now the A619). Nowadays all religious denominations are prominent in the village with a firmly established Salvation Army. 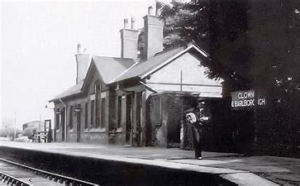 Clowne, like many of the small towns and villages in this part of the country, was once a thriving mining village, first producing coal in 1877. It was a very important industry for Clowne bringing money, steam railway and ultimately an influx of people to the village for work. Although the colliery closed after a short period in the 1920’s, people still saw Clowne as an attractive place to live and work. By the time of the colliery’s demise, the population in Clowne stood at over 5,000.

Although Clowne no longer has an active colliery there is still a strong and vibrant community spirit synonymous with ‘pit villages’.

Local landmarks ‘Markham and Hollin Hill Grips’,lie on the southern end of the band of ‘magnesium limestone’, and are a series of rocky valleys which stretch out towards Creswell and its world famous ‘crags’. These valleys, often with vertical cliff-like sides, were formed by the meltwater action of receding glaciers at the end of the last Ice Age. This process has left a beautiful, wildlife rich landscape like no other and these areas have been named ‘Sites of Special Scientific Interest’ and are managed by Derbyshire Wildlife Trust.

The passing of the Local Government Act in 1894 led to each village electing a Parish Council to take over the civil functions of the Church vestry meetings. Representatives from the four Parish Councils of Clowne, Whitwell, Barlborough and Creswell were then elected to serve on Clowne Rural District Council which governed the area until authority was transferred to Bolsover District Council in 1974 as part of a reorganisation of local government in England.

Now with a growing population heading towards 8,000 a number of blue chip companies and local businesses alike are investing in and around the town and helping the Parish Council deliver its mission of ‘ building a stronger more prosperous community’.

The future does indeed look bright for Clowne and its folk! 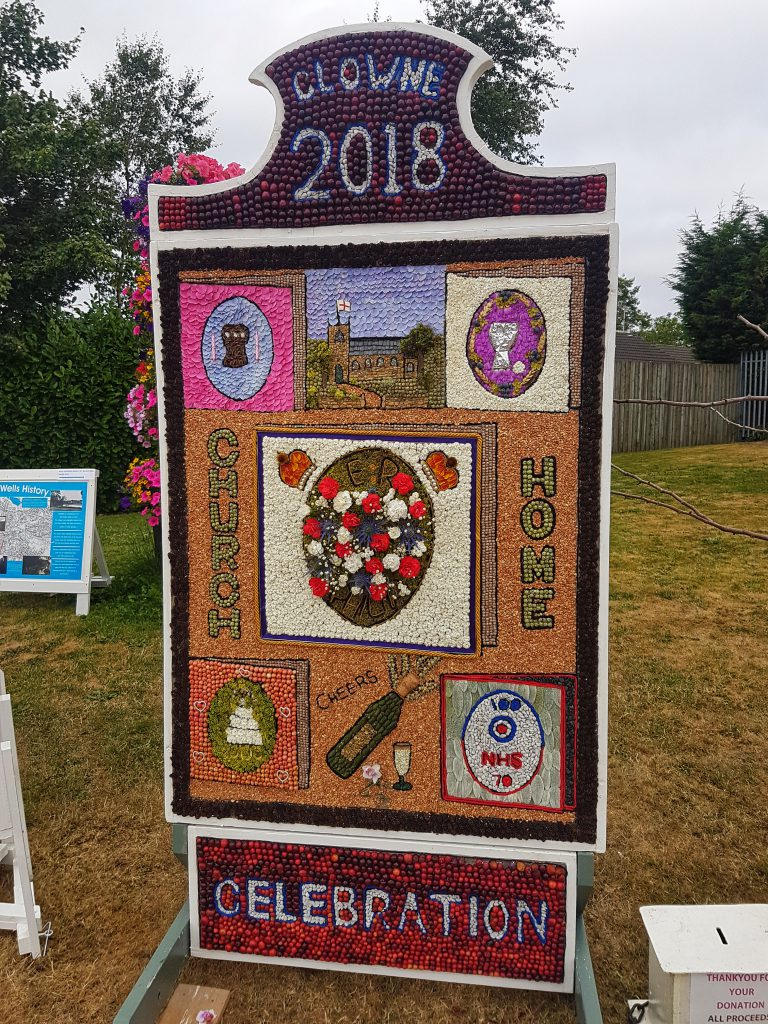 Throughout Derbyshire during the summer months many of the villages display well dressings.

A well dressing is in collage form and made from placing different-coloured and shaped petals onto a clay mixture to form a scene. The pictures may have a religious link, such as a scene from the bible, or commemorate a significant event or person.

Where are well dressings?

Well dressings, as the name suggests, are often found near former wells or water; however, over time they can also be found in village squares, church gardens or other local places.

How did well dressings originate?

Well dressings are thought to have originated as part of pagan festivals to give thanks for a reliable water supply.

How are well dressings and Derbyshire linked?

Well dressings are most common in Derbyshire and Staffordshire.

When you consider the importance of water to village life it is perhaps not too surprising that this type of ritual developed.

The reason why the tradition is associated with Derbyshire is not clear; however, one theory suggests that during the Black Death epidemic in the middle of the 14th century, many Derbyshire villages were spared, and this was thought to be linked to some form of ‘protection’ from the deadly disease that the purity that the well water provided.

However, the Pagan route is still likely. Interestingly the arrival of Christianity was not good news for well dressers as water worship was banned and action taken by Henry the VIIIs chancellor, Cromwell, to put an end to the tradition.

Today the wonderful art continues and there are dressed wells throughout the county for visitors to enjoy from May through to September.

The Clowne Well Dressing is created by local volunteers who give their time keeping this ancient custom alive. The Well Dressing can be found outside of the Wilko’s Store on Mill Green Way in the centre of Clowne.

A Google Map has been embedded on this page and is a 3rd party provided service and may not be fully accessible. If you require further help with getting location information please contact us.